Sleek and aggressive lines characterise the new CCN 102 ‘Flyingsport. CCN have taken the concept “Flyingsport” and made it a reality. Combining the convenience of the flying bridge with a material feel of speed, sportiness and the perfect backdrop of the open sea, embracing a subtle mix of elegance and style, functionality and livability. The new CCN 102 will be on show at FLIBS2015, so it’s a great opportunity to get up and close to the new arrival.

Entering from the aft cockpit deck, you are greeted with the large living room with comfortable sitting area with sofas, TV cabinet retractable and central dining table for 10 people. Behind, the wheelhouse is equipped with three seats and control of any electronic device, navigation consoles and yacht controls. The large windshield and side windows are typical lines of a CCN and provide maximum visibility.  Directly above the dinning table is the sunroof accompanied by two large areas of glass, one of which retracts for access to the flybridge.

Below deck you enter the hallway with delightful library style walls. The aft master cabin covers the full beam of the 102, while a corridor leads to the fore VIP cabin which also boasts a full beam size. There are two guest cabins with single pullam style beds and all cabins have private bathrooms with showers.

There is a spiral staircase placed in the stern that provides access to the service area consisting of a spacious kitchen that doubles as a relaxation area for the crew. There is also access directly to the engine room and the captain’s cabin consisting of two beds and a separate bathroom. The second crew cabin has three beds and a separate bathroom, and is located at the extreme bow with independent access from the bridge deck.

Outside, the flybridge has a huge space of some 28 square meters and is extremely flexible and customisable. You will find the second helm station a retractable aft dining table and mobile barbecue, finished with the perfect relaxing area of a sunbathing area.

You quickly realize the design of the 102 lends itself to the perfect entertainment platform, two huge open air areas aft on the bridge deck that showcases a comfortable sunbathing area and multifunctional dinette table while at the the bow is a living lounge area delightfully designed around a huge circular couch, easily accommodating up to 20 people comfortably.

There is an impressive garage aft with tailgate lift supported by a aft platform that drops to give access to the on board water toys, a 4.30m tender and water scooter. The 102 has an impressive cruising speed of over 30 knots with a top speed of 40 knots, thanks to a hydrodynamic hull, and two MTU 2,600 hp engines coupled to ZF Searex transmissions with surface propellers.

Our boat of the month 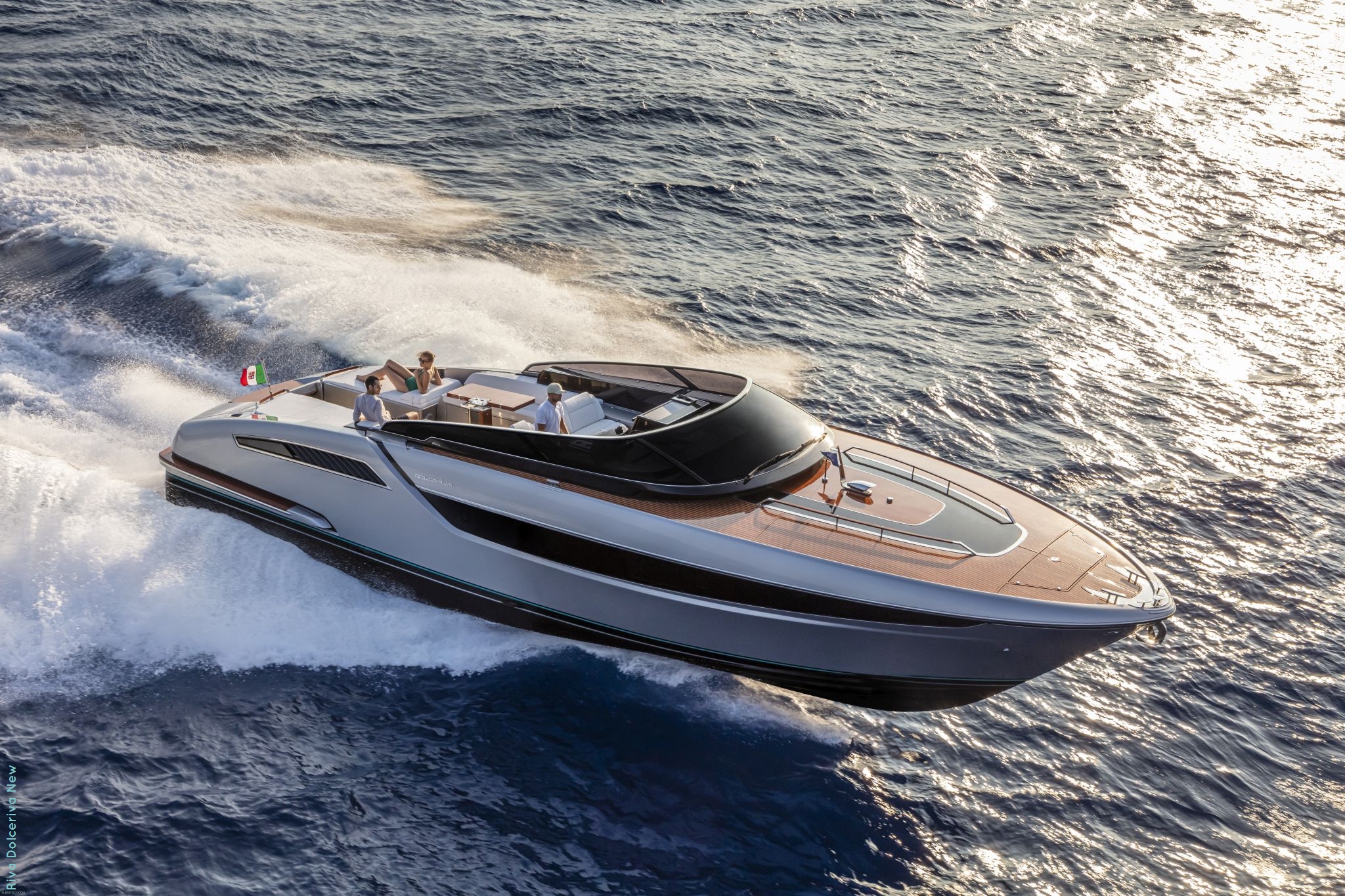 Our Video of the Month