Miles Jennings and Alfredo Amato produced one of the most popular and surprising results of the weekend with a simply sensational win in race 2 of the Mediterranean Grand Prix, which started to turn dramatically on its head as early as lap 8 of 15. The Anglo-Italian duo were running strongly in fourth place ahead of Poliform and were then elevated to third when Luca Formilli Fendi and Giovanni Carpitella’s race ended on lap 8 with a broken torque sensor. Two laps later race leader Victory slowed to a crawl after breaking a propeller and were passed by Zabo-Isiklar with LFF8 now up into second place. 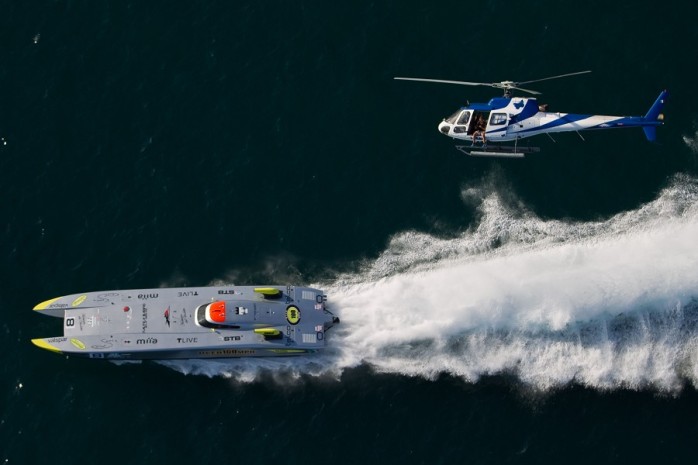 But on the final lap and with the chequered flag almost in sight Zabo-Isiklar ran out of fuel and Jennings and Amato swept passed them and into the lead to take the chequered flag and their first win in just their third Grand Prix together. “Absolutely amazing. I am just trying to take it all in,” said a beaming Miles Jennings. “The emotion is incredible, winning at the Mediterranean Grand Prix in Italy and in a Fendi boat, amazing. We knew we could be competitive although we were one of the heavier boats so we pushed as hard as we could right from the start trying to make up time where ever we could. Of course we have had some luck but the team deserves this one.”

Behind the winners Poliform’s Tarik Oktem and Giampaolo Montavoci also took advantage of Zabo-Isiklar’s misfortune, passing them in the closing stages to take the runners-up slot and their first podium together, with the unfortunate Zabo-Isiklar classified in third. “What an unbelieveable race. We had the same problem as before with the engine cutting out,” said Giampaolo Montavoci. “We had some luck but we pushed as much as we could because in the rough, well I know how to throttle a boat. We tried to keep close to number eight but in these conditions you need the maximum power all the time for acceleration especially in the corners.”

There was drama right from the beginning when the start was aborted by an offcial on the pace boat which then suffered a technical failure. The boats waited out on the course for a replacement which sparked some calls from teams raising concerns about possible fuel issues. 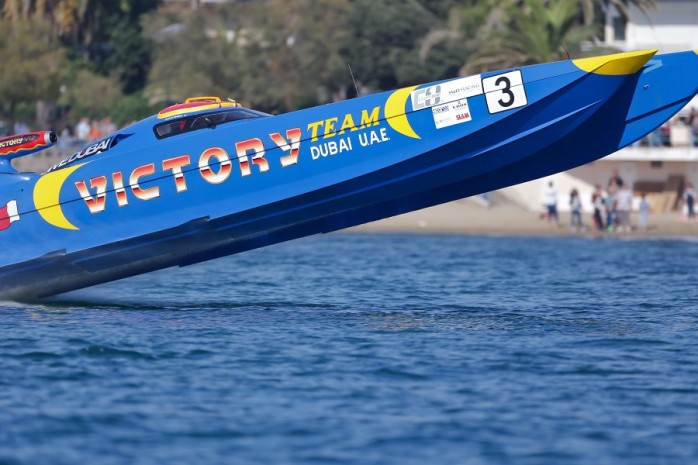 From the start Victory immediately got the jump on pole-sitters LFF10 and started to open up a lead moving 20 seconds clear by lap 5. Behind them LFF10 and Zabo-Isiklar gave chase with Formilli Fendi and Carpitella maintaining a comfortable advantage when the torque sensor let go and their weekend came to a halt.

On lap 10 Victory hit trouble and slowed and Ugur Isik and Christian Zaborowski hit the front and looked to be on course for their first win together and Zaborowski’s first since 2006. But five laps later their cocerns about fuel became a reality and they stopped and were eventually towed back to the pits. “We are very unhappy about the situation,” said team principal Jan Zaborowski. “We raised this issue and look what happened. ”

With the top three boats in the Championship all running into trouble it was Jennings and Amato in LFF8 who benefitted the most and from a solid fourth at the mid-point ran out the eventual winners.

Fourth place went to Gian Maria Gabiani and Luca Nicolini in FA.RO. ACCIAI who maintain their consistent run of finishing in the points, with Victory classified in fifth. Despite Team Abu Dhabi’s efforts to get the boat ready to race, their participation lasted just one lap.

Today’s outcome keeps Victory at the top of the standings on 91 points with Zabo-Isiklar moving up into second place on 65, three points ahead of LFF10.

The teams now head to the Middle East and the UAE for the final Grand Prix of the year in Abu Dhabi on 5-6 December.

WORLD CHAMPIONSHIP – after round 3 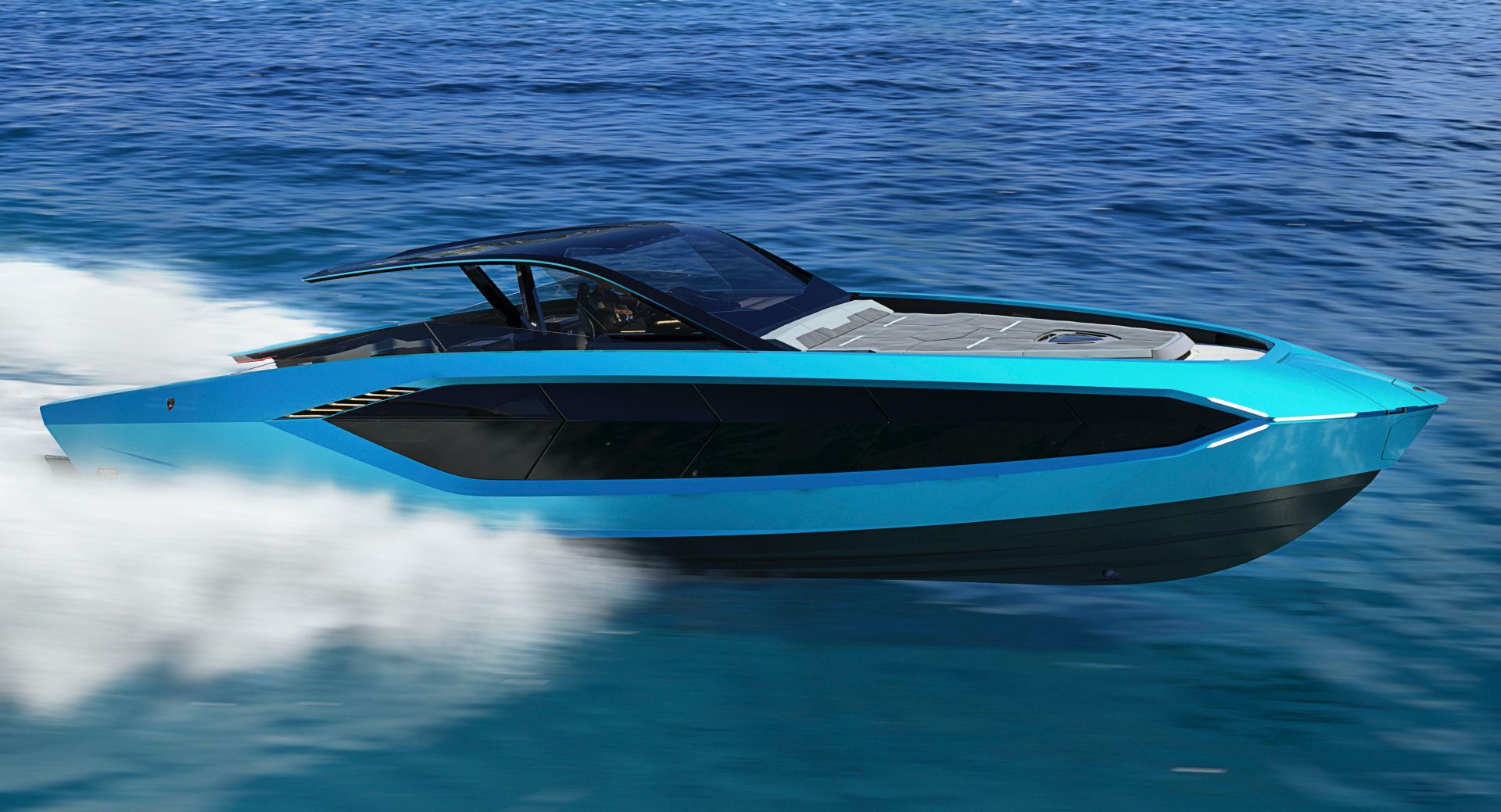 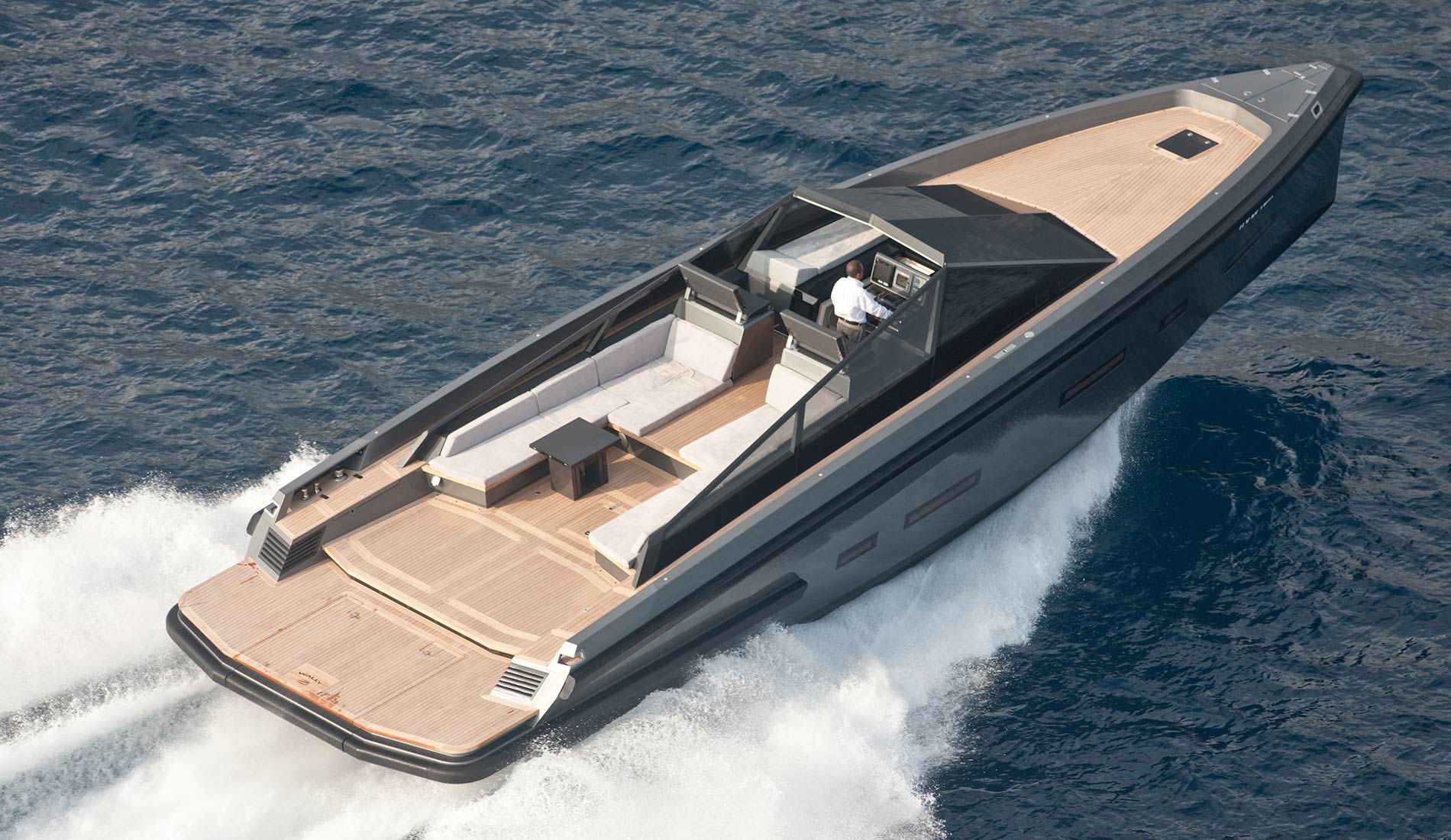