It’s that time again and Boot Düsseldorf 2011 exploded into action. So what were the hot launches from Germany‘s largest International Boat Show. 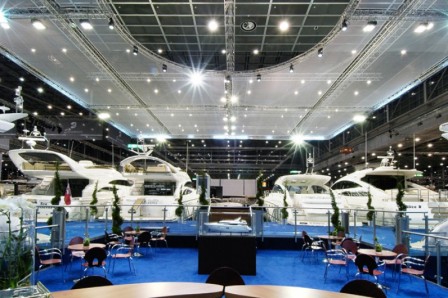 The load-bearing element of inflatable boats is the air pumped into the inflatable tubes. Top-tier inflatables, RIBs, have a solid GRP hull. The distinctive features of the Sillinger 765 Silverline XL include a round table with seating fore, a central helm console and two seats for relaxation (Hall/Stand 10/B 57).

Zodiac is bringing with it three new inflatable boats as limited special models. Two of them, the Pro Open 550 Route du Rhum, Pro Open 650 Route du Rhum (Hall/Stand 10/A 42), are named after a sailing regatta across the North Atlantic from Saint Malo to Guadeloupe during which the judges follow the regatta action in such boats.
Sports boats

Small sports boats are popular with beginners and with people who don’t have a fixed mooring or who want to tow their boat on a trailer to different stretches of water. Open sports boats are fine weather boats.

The Gucci designer Frida Giannini teamed up with Riva stylist Mauro Micheli to restyle the Riva Aquariva 33′ sports boat first launched eleven years ago. The result is the Aquariva by Gucci. (Hall/Stand 6/E 28.2).

Sports boats with a small forecabin and two to three berths are known as daycruisers and the slightly larger ones as weekenders. Sea Ray is presenting the prototype of the 210 Overnighter and the 235 Weekender (Hall/Stand 9/D 59). 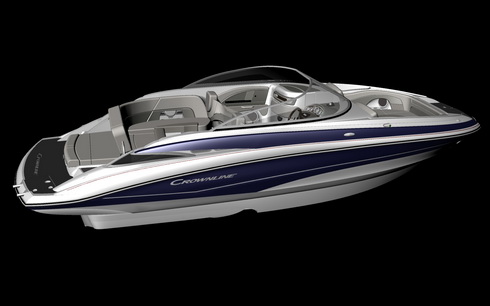 Crownline is launching the Eclipse series with its E 6. The bowrider provides seating in its open bow and in the open cockpit behind the windscreen. The patented F.A.S.T. tab hull is intended to provide stability at high engine speeds and reduce fuel consumption (Hall/Stand 9/A 42). 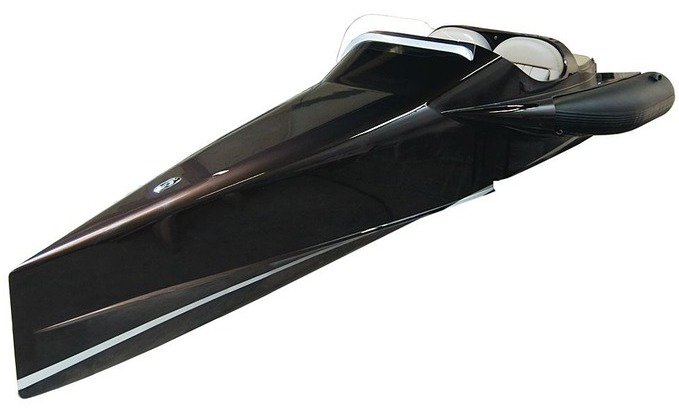 Jeanneau from France is presenting a full six German premieres – among them, the Cap Camarat 7.5 CC is tailored to the needs of anglers. The Merry Fisher 6 Marlin with an outboard is intended for anglers and day trips (Hall/Stand 4/B 35 – B39).

Sports cruisers come with a large cockpit that can be closed off with a soft top. They have their helm station outside for fine weather tours and a saloon and/or cabins at the bow. In Italy these boats are also known as “opens”, because the saloon can be opened thanks to a sliding roof. 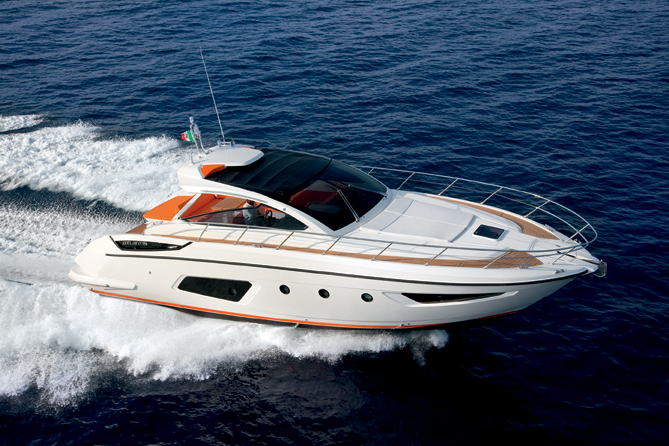 Marco Biaggi and Filippo Salvetti have achieved extremely stylish and rounded lines on the Atlantis 44. For four overnighters there are two cabins with en suite shower cubicles, fore and aft of the saloon with its galley cabinetry (Hall/Stand 6/E 42).

Hanse Yachts is giving its well-known Fjord 40′ Open company – in the shape of a little sister, the 10.8 m long Fjord 36′ Open. It exhibits a radically purist design, and has two 260 hp diesel engines and joystick steering for gentle manoeuvring in port. Below deck are a double cabin, shower bathroom and galley (Hall/Stand 6/A 19).

The stern of the Bavaria 43′ Sport is impressive with its symmetrical, wide and comfortable side decks. A forward-facing co-pilot bench seat gives two people the chance to keep the driver company. Another person can relax on the ergonomically shaped wellness lounger behind the windscreen. With the Volvo Penta Diesel engines, there is a choice between 2 x 370 hp Z-drives and 2 x 435 hp IPS pod drives (Hall/Stand 4/A 35).

On the Marino APB 27′, the three capitals in the name stand for All-Purpose Boat. It can serve as a tender for big yachts or as a craft for day trips (Hall/Stand 5/B 22).

The flybridge models with a second helm station and bench seating high up on the breezy saloon roof have been popular for years. 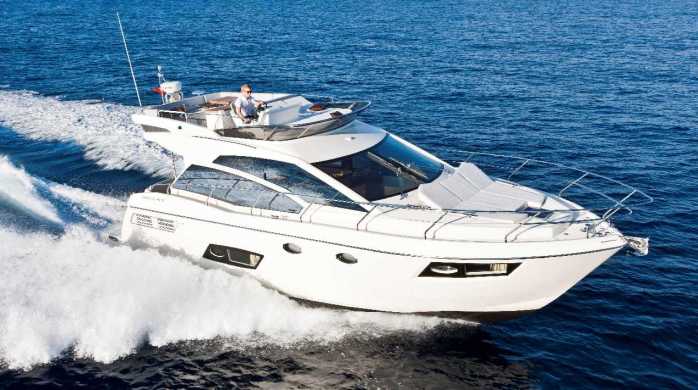 The Absolute 43′ Fly is distinguished by its large glass windows and a spacious flybridge. Below deck, three cabins sleep six, and there are two shower rooms (Hall/Stand 6/D 41).

The Ferretti 500 is replacing the 470. The new yacht has been given a galley aft in the saloon on the main deck near the now more spacious cockpit. For the furnishings, the builders have returned to teak, albeit a light-toned one to create a golden glow (Hall/Stand 6/E 28.1).

The Jeanneau Prestige 350 is coming to Düsseldorf in its second generation with redesigned external lines and interior. The Prestige 400 is a Düsseldorf premiere. Both models sleep four in two cabins (Hall/Stand 4/B 35 – B39). 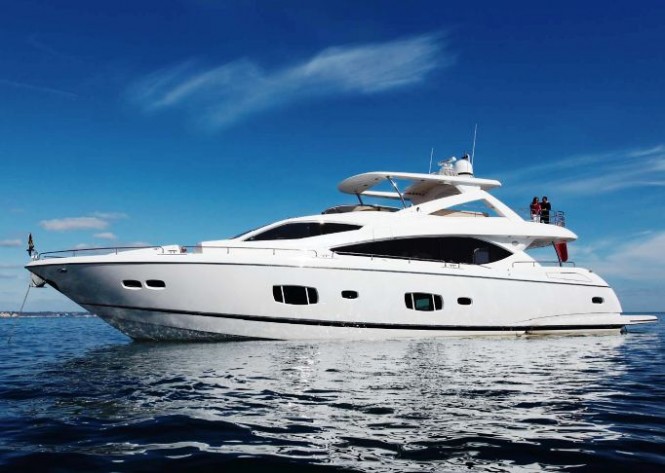 With a length of roughly 27 m, the Sunseeker 88′ is the biggest craft at boot 2011. With two decks and a large flybridge, it offers the perfect blend of pure cruising fun, relaxation and stylish comfort. The fly equipped with a bar, seating and optional spa is ideal for unwinding. The two 3900 hp MTU twelve-cylinder engines achieve a top speed of 30 kn (Hall/Stand 6/D 61).

Leisurely steel cruisers are a speciality of Dutch boatyards.

With its Range Cruiser 430 Sedan Variotop, Linssen is departing from its accustomed look. The new appearance can be described as “timelessly traditional”. The boatyard is staying faithful to its patented Variotop folding roof so that the top of the saloon and helm station can be fully opened (Hall/Stand 15/F 25). 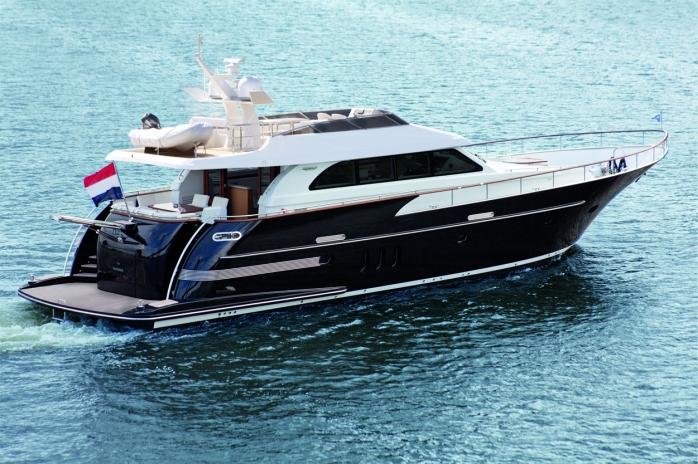 Wim van der Valk builds semi-custom. This means that, while the exterior dimensions are fixed, the layout can be adapted to client wishes within certain bounds and, as far as the fittings and furnishings are concerned, customers have a free hand. This also applies to the 20 m Continental II with flush-bonded window fronts. On the lower deck there are three generously sized cabins with shower baths and another housekeeping cabin with a single berth. A flybridge with open helm station is optional (Hall/Stand 6/A 42).

Classical design and the retro look with the very latest technology are growing in popularity. 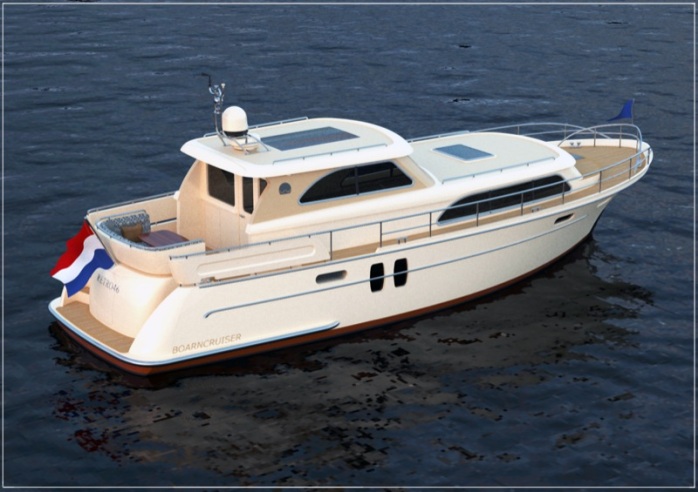 Ferretti has reworked the established Mochi Dolphin 51′ lobster boat, extended it by three feet and is now presenting it as the Dolphin 54′, which comes with a compact flybridge as well. Like all Mochis, it catches the eye with its typical lobster boat lines. Lobster boats were en vogue on the American East Coast in the Golden Twenties of the last century (Hall/Stand 6/E 28.1).

The Kiel Classic line is now being extended to include a fifth model, the 41-footer as its new flagship. It is available either in an open cockpit version or with a closed saloon (Hall/Stand 6/D 42).

Explorers with their pronounced deadrise towards the bow are considered particularly seaworthy. 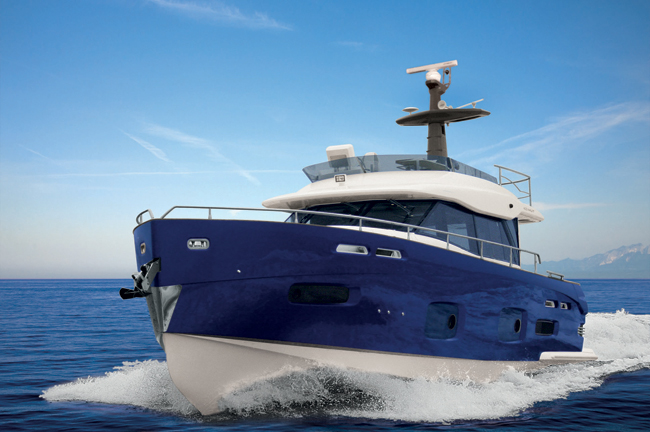 From the Magellano Collection, Azimut is showing the 50′, the only motor yacht under 60′ to be awarded the RINA Green Plus for its environmental profile. For instance, for the fibre composite structure the boatyard uses a natural resin instead of one based on mineral oil. By using slimmer teak strips, the teak trunks can be exploited more efficiently and by up to 90 per cent. The leather of the upholstery is not treated with chromium during tanning. The window glazing reduces UV radiation by 90 per cent.

For those who have visited this year’s Boot Düsseldorf 2011 International Boat Show be sure to enter out photo of the year competition. For those of you who are owners of boats mentioned above share your views on the new launches at www.worldsportsboats.ning.com

Boat of the month April 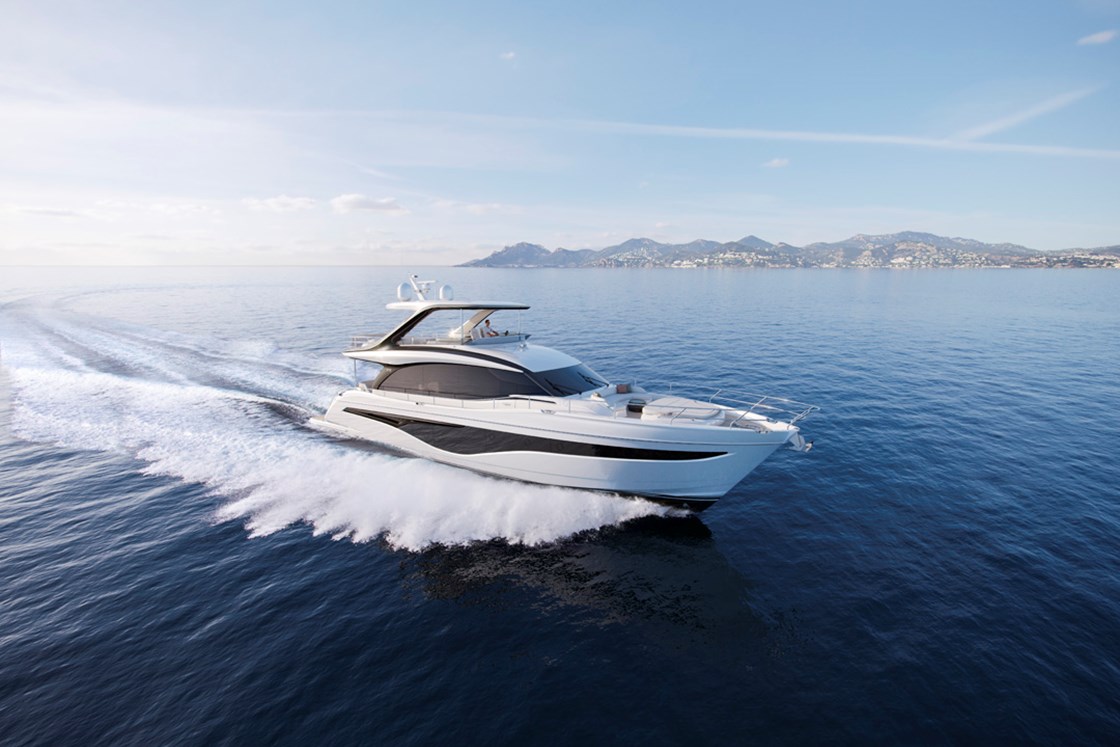