Sometimes there are boat tests that are done that stand out from the usual tests done by the Manufactureres and leading industry bodies, and here is such a time.

From Italy to winter and back. The mission of “My Voyage” is the severest test for a new type of yacht: the Azimut Magellano 74

My Voyage sets out from Varazze: the extraordinary sea trial of the new Azimut Magellano 74, with Rosita Missoni as godmother also Italian national soccer team coach Marcello Lippi among the friends who came to hail the Magellano’s departure 4000 nautical miles in the heart of winter in the Mediterranean to experience the pleasures and intensity of slow cruising.

Prestigious testers for the Azimut Megallano: Vittorio Missoni and the pilot Heinz-Harald Frentzen Saturday, 21 November, at 6:00 p.m., the Azimut Magellano 74 left the dock of Varazze Marina under the eye of the Yacht&Sail Channel’s television cameras and an enthusiastic crowd. Thus began “My Voyage”, a 4000-nautical mile cruise through the heart of the Mediterranean that, taken in wintertime, represents a severe test (Magellano is designed to sail in any weather conditions and with moderate or rough seas). The trip is as ambitious as it is challenging: from Europe to Africa, from the Italian Riviera to France, the Costa Brava, Palma de Mallorca and Sardinia, and then Tunisia after coasting along the fascinating and wild Sahara coasts. The return to Viareggio is scheduled for December 15th after stops in Malta and Rome. A first tour that will offer the team on board a chance to rediscover the pleasure of “sailing for sailing’s sake”, at a cruising speed of 11-12 knots, a pace that will make it possible to live the sea in all its facets and an invitation to stop and appreciate nature by making the most of precious occasions for contemplation that would otherwise be wasted. Magellano’s particular design also offers the possibility of reaching speeds of 24 knots when necessary, a reserve of power that makes the boat even safer and more interesting. 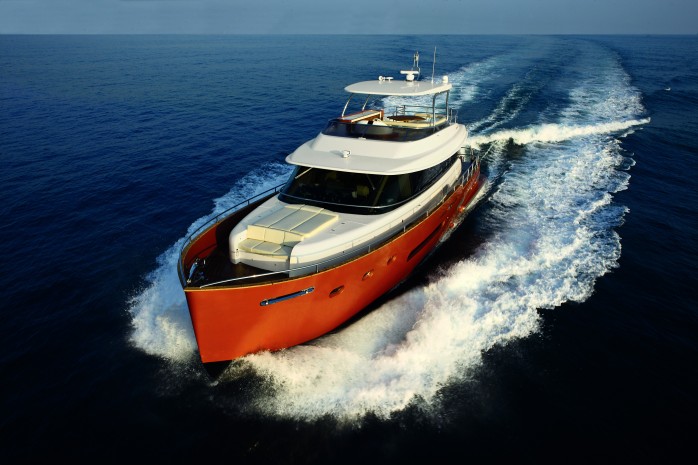 The day began very early, with the official launch by Azimut-Benetti Group President Paolo Vitelli, who had the pleasure and good fortune to be flanked by an exceptional godmother like Rosita Missoni. Signora Missoni, in turn accompanied by her husband, the noted fashion house’s creator, Ottavio Missoni, helped personalize the boat with enthusiasm and extraordinary creativity, adding the finishing touches to the interior furnishings, all by the Missoni Home Division, with her own hands and a care that can truly be defined as “loving”. The list of personalities present at the event included Marcello Lippi – who with an Azimut 62 berthed at the Viareggio Marina is a great friend of Azimut Yachts – expressed words of admiration, highlighting the teamwork that made it possible to build such an advanced boat that combines the spirit of adventure with comfort, freedom and safety.

In the course of the morning yacht owners were able to tour the Magellano and experience for the first time its comfort and its outstanding sailing qualities. Mingling with VIPs and the public, perhaps the most excited were the members of the team behind the Magellano project and its design and construction, from Azimut Yachts CEO Federico Martini to Ken Freivokh, Bill Dixon and Luca Cristino, respectively the designer of the boat, the designer of the underbody and the head of the project. For all them and for Azimut Yachts, Magellano represents a big win. A new model that takes its place as the point of reference of a new segment, launched in a particular moment like the current one, and what’s more together with another seven models, all present in Varazze to give even more importance and meaning to the event. 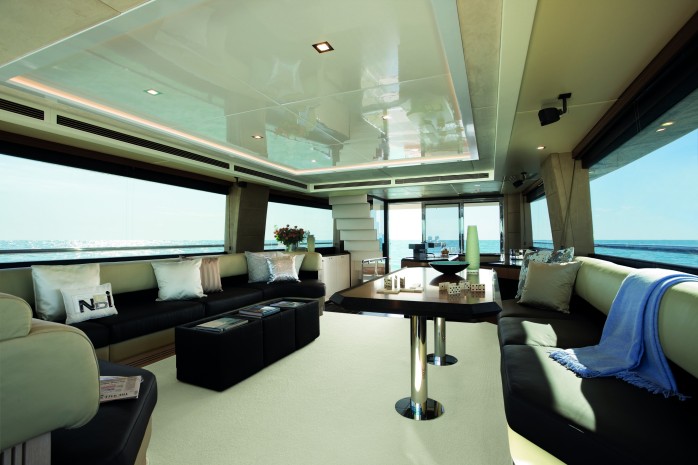 At Magellano’s helm is Dag Pike, the noted English journalist, one of the world’s most expert seamen who was recently decorated with the title “Yachtsman of the Year”. For once his mission isn’t racing against time to set speed records but, on the contrary, to find a new dimension of sailing: slowly, savoring mile after mile the delights of an environment designed to enhance the pleasures of company, good food and being together. Sharing the adventure of “My Voyage” is Jessica Taylor, one of the few English women ship captains, Alex Pino, an expert sailor and close friend of Dag Pike, and Manfredo Pinzauti, a photographer who, free from maneuvers and shipboard duties, has the pleasant task of documenting the undertaking. His photographs will be posted on Flickr (account: Magellano My Voyage). 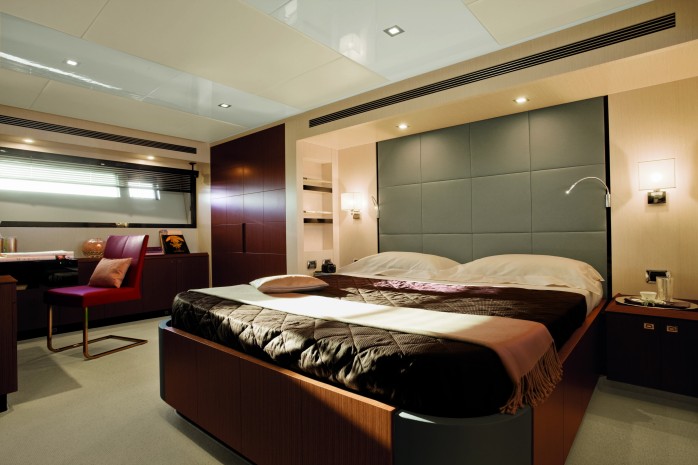 Magellano will be awaited in Tunisia by the cameras of Yacht&Sail Channel as well as an exceptional crew. Former Formula 1 driver Frentzen and Vittorio Missoni will board, plus Frank and Fiona Walker, an English couple with a rich professional curriculum: politics and diplomacy for him, television journalism for her. Both sea lovers, they decided to sail around the world and therefore enthusiastically accepted to be part of the Magellano project.

A diverse group of VIPs, creatives and sports champions, held together by a great passion for the sea. They will be the ones who truly put this new approach to sailing to the test. Along the coasts of the wild Tunisian islands they will experience the intensity of slow cruising, the pleasure of sharing the elegant concreteness of a large open space, the exclusive comfort of a boat built to multiply the emotions.

My Voyage’s partners include Missoni, which for the occasion dresses the Magellano with Missoni Home fabrics and the crew with its fashion creations, Caterpillar, which designed the engines selected for the Magellano by Azimut Yachts, and Gallinea, whose Innovation for Boats division realizes technical applications aimed at improving the onboard living experience.

Magellano is a boat that appeals to a broad public, that of lovers of the sea. For this reason Azimut Yachts wanted to share this event – lived with great intensity both on board and ashore – with all the fans, who can follow the cruise live online by connecting to the blog that posts the onboard accounts (http://magellanomyvoyage.azimutyachts.com). The blog in turn contains the links to reach the films shot during the days, posted on YouTube, as well as the images published on Flickr

See the Azimut in Action at:

We wish to thank Azimut for the pictures and the content release and wish them luck on this exciting and benchmarking voyage with the Azimut  Magellano 74.

3 Comments on “Superman test for the new Azimut Magellano 74” 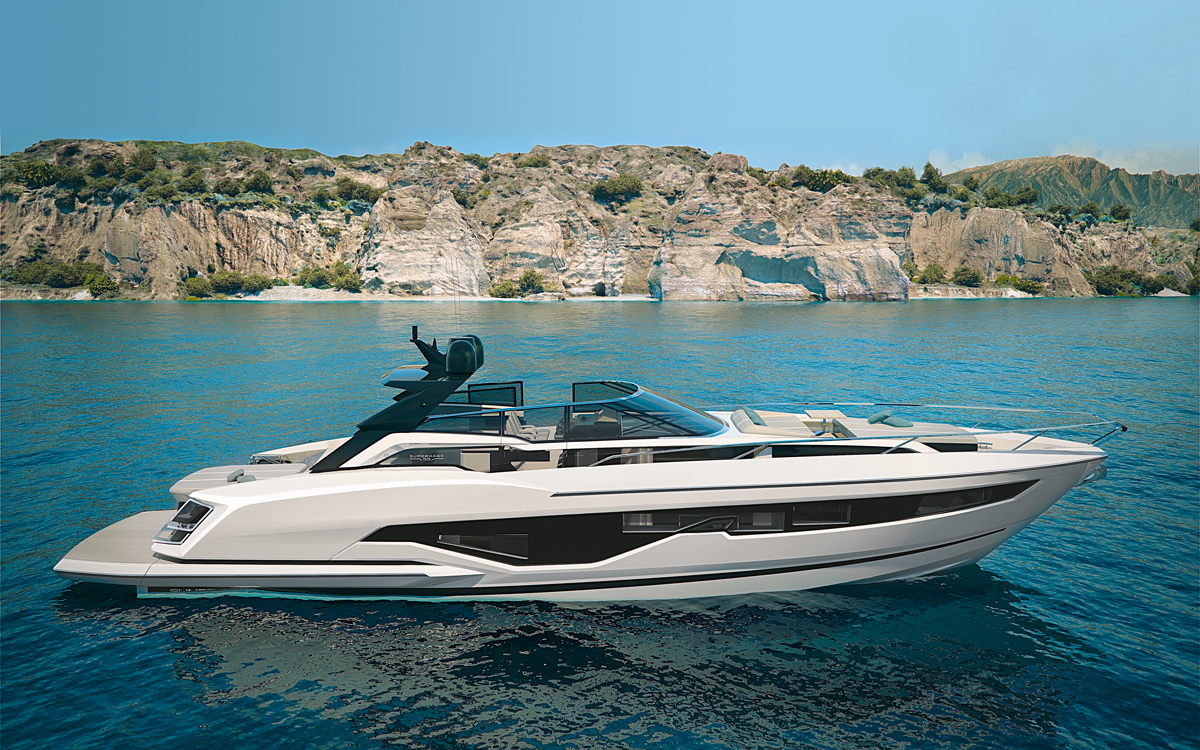